The choral and vocal music programs at the University of Minnesota, Morris have occupied a place of prominence on campus and throughout the region since the founding of the university. With more than 125 participants, students study voice privately as well as sing in range of choral ensembles

The UMM Concert Choir is a select ensemble of approximately 60 members that continues a 37-year tradition of excellence in choral music performance.

Since its founding in 1978 by Ken Hodgson, the Concert Choir has gained a national and international reputation for its high level of artistry and professionalism.

The Concert Choir performs the finest choral repertoire from all historical style periods, as well as contemporary and global works.

The ensemble has an active performance schedule, including an extended tour each spring. The choir is composed of both music majors and non-music majors.

The Chamber Singers is an auditioned ensemble of approximately 20 members.

The choir offers students the opportunity to collaborate with instrumentalists and perform in a variety of styles, ranging from traditional choral repertoire to vocal jazz.

The University (Outreach) Choir is a large non-auditioned choral ensemble comprised of students from all majors as well as UMM faculty, staff, and community members. The choir focuses on outreach and personal wellbeing through communal singing, wellness activities, and special guest presentation.

Students enrolled in the ensemble receive one academic credit which fulfills the Artistic Performance (ArtP) General Education requirement. No audition or prior singing experience is required. 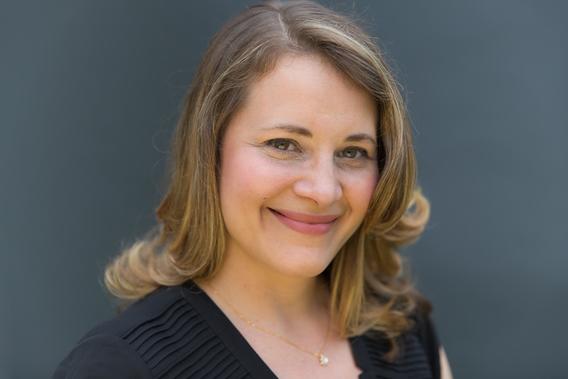 A versatile musician, Laura enjoys a multifaceted career as a conductor, singer, pianist, and Dalcroze educator. She has served on the music faculties of Central Methodist University, Indian Hills Community College, and Coe College. She has been a member of professional choirs in the U.S. and Europe, including the Minnesota Chorale and Magdala in Oxford, England. She has performed with the Madison Symphony Chorus and with choirs of the association Celibidache in Gy, France and Trossingen, Germany.

As a Dalcroze teacher, Laura serves on the music faculty of the Online Conservatory of the National Children's Chorus, which provides training to young singers around the country and to 24 ensembles in Los Angeles, New York City, Washington, D.C., San Francisco, and Austin. She has also served as Dalcroze instructor for summer programs at the Interlochen Center for the Arts in Michigan.

Laura's solo engagements as a mezzo-soprano include performances with the Missouri Symphony; the Marshall Philharmonic Orchestra (Missouri); the Southeast Iowa Symphony Orchestra; Ensemble: Périphérie; and faculty recitals at Central Methodist University, Indian Hills Community College, and Coe College. A jazz performer since her high school years singing under the legendary Larry McCaghy, Laura has performed with artists and ensembles throughout the Midwest, including the Des Moines Big Band. She was recently featured as a guest artist on the Missouri United Methodist Concert Series in Columbia, Missouri.

Laura holds a DMA in Choral Conducting and Pedagogy from the University of Iowa, where she studied with Timothy Stalter, David Puderbaugh, and Christine Getz. She earned an MM in Choral Conducting at the University of Wisconsin-Madison under Beverly Taylor, and a BA in Music from North Park University in Chicago. Laura also holds the internationally recognized Dalcroze Professional Certificate from the Dalcroze School of the Rockies, where she studied with Dr. Jeremy Dittus. A freelance writer, Laura serves as editor of Recorded Sound Reviews for the ACDA Choral Journal.