Morris Let’s Thrive at its core, highlights the connections between well-being and nature. In Spring, 2021 Morris Let’s Thrive started a formal partnership with the conservatory on campus to bring students, faculty and staff meaningful wellbeing opportunities surrounded by nature in the middle of a Minnesota Winter and below zero temperatures. The Conservatory and being around living plants allows for special focus on mindfulness, meditation and more to come. 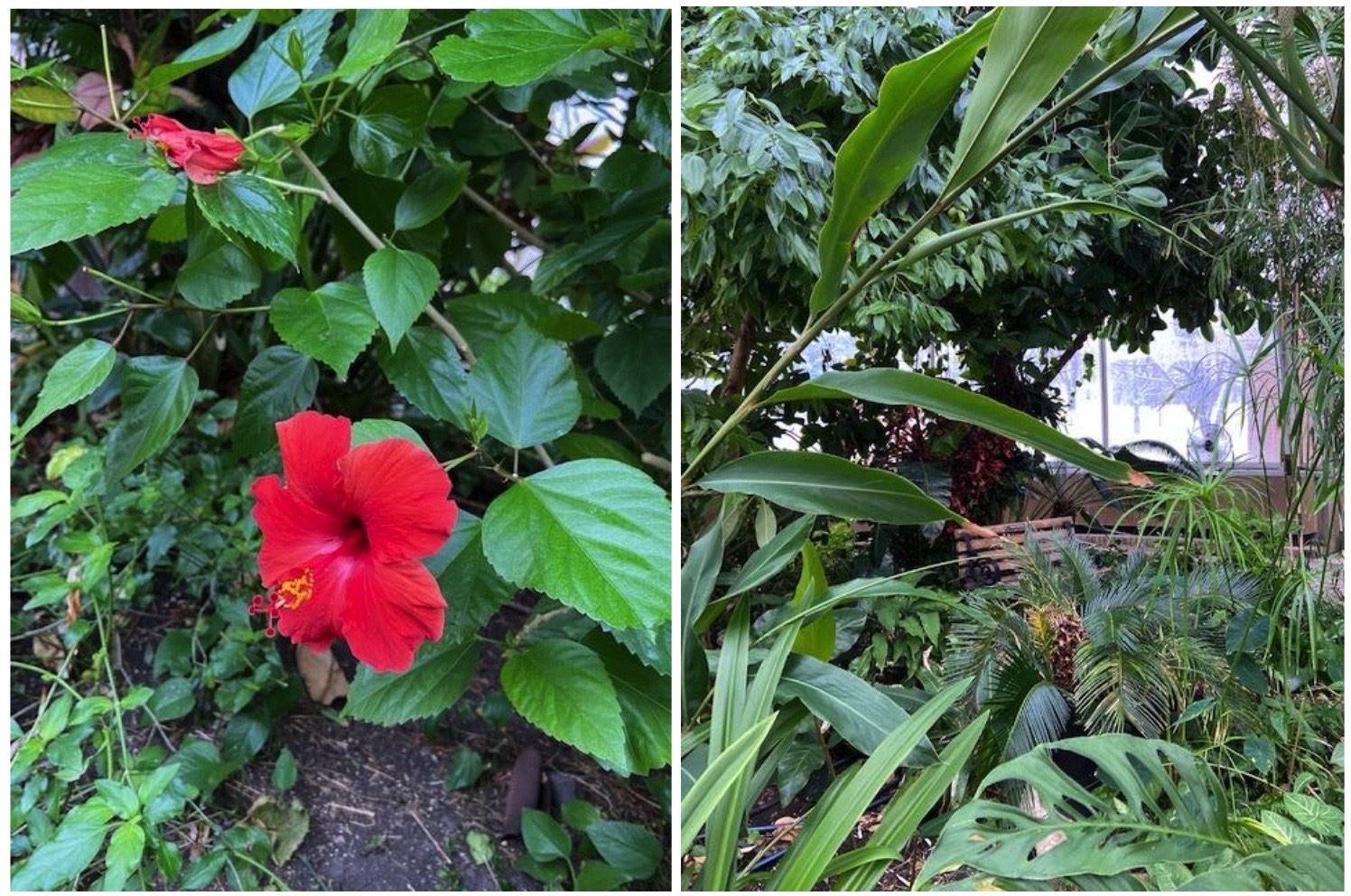 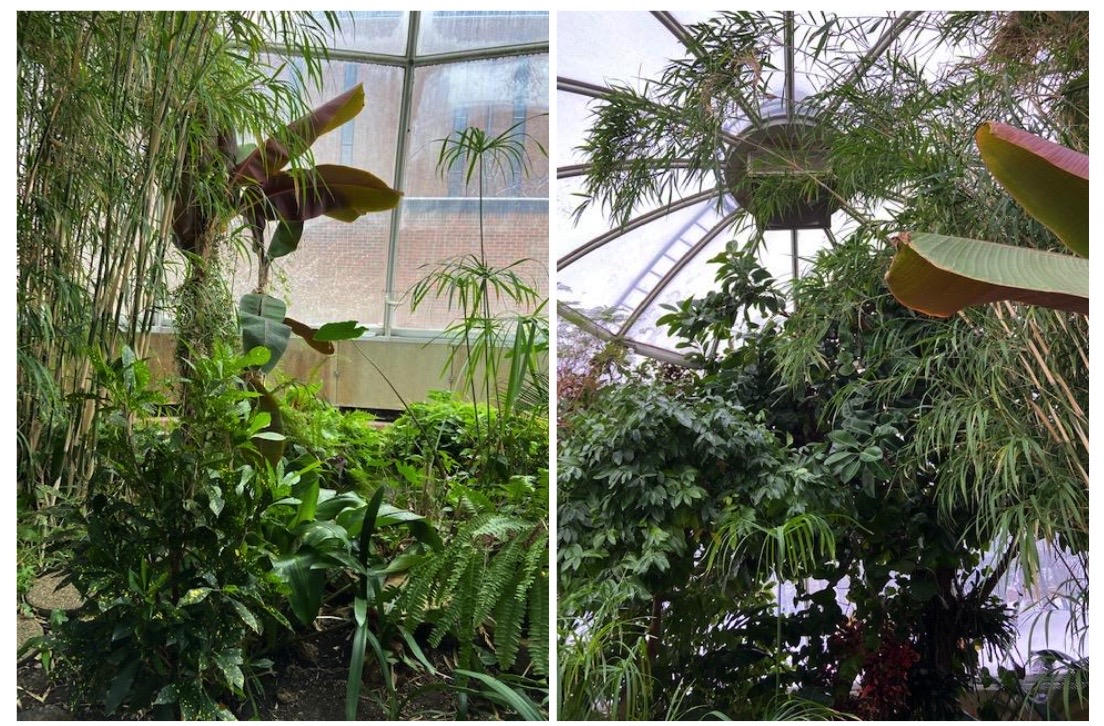 New programs will be announced on social media and via e-mail. Previous offerings have included Meditation with Plants.

Bring the outdoors in! Not only will you amplify your aesthetic in your residence hall room, off campus house or apartment, but there are true benefits to having plants in your space. A 2015 study found that active interaction with indoor plants can have positive effects on human stress response mediated by cardiovascular activities and that indoor plants have positive physiological effects on the autonomic nervous system by suppressing sympathetic activity, which often increases when a subject is exposed to a stressor (J Physiol Anthropol. 2015; 34(1): 21.Published online 2015 Apr 28. doi: 10.1186/s40101-015-0060-8).

“Population studies have pointed to a positive impact of green spaces, with a cumulative association between access to and quality of green spaces and lower scores on measures of psychological distress (Pope et al, 2015), the major determinants being accessibility of the green space, having sufficient green spaces in the neighborhood and their use for relaxation and for recreation. Similarly, van den Berg et al (2016) have shown a positive association between time in green spaces and better scores on mental health and vitality scales. There is additional evidence suggesting that several therapeutic goals, such as interaction levels and self-esteem, can be achieved by gardening activities (Rappe et al, 2008). These may have a positive role in the longer-term management of mental health, with ‘green’ interventions increasingly recognised in the promotion of well-being (Webber et al, 2015).”  BJPsych Int. 2017 Nov; 14(4): 87–89. Published online 2017 Nov 1.)

Bring the Outdoors in!

Here are some great plants to start with to bring plants and their benefits into your own space: 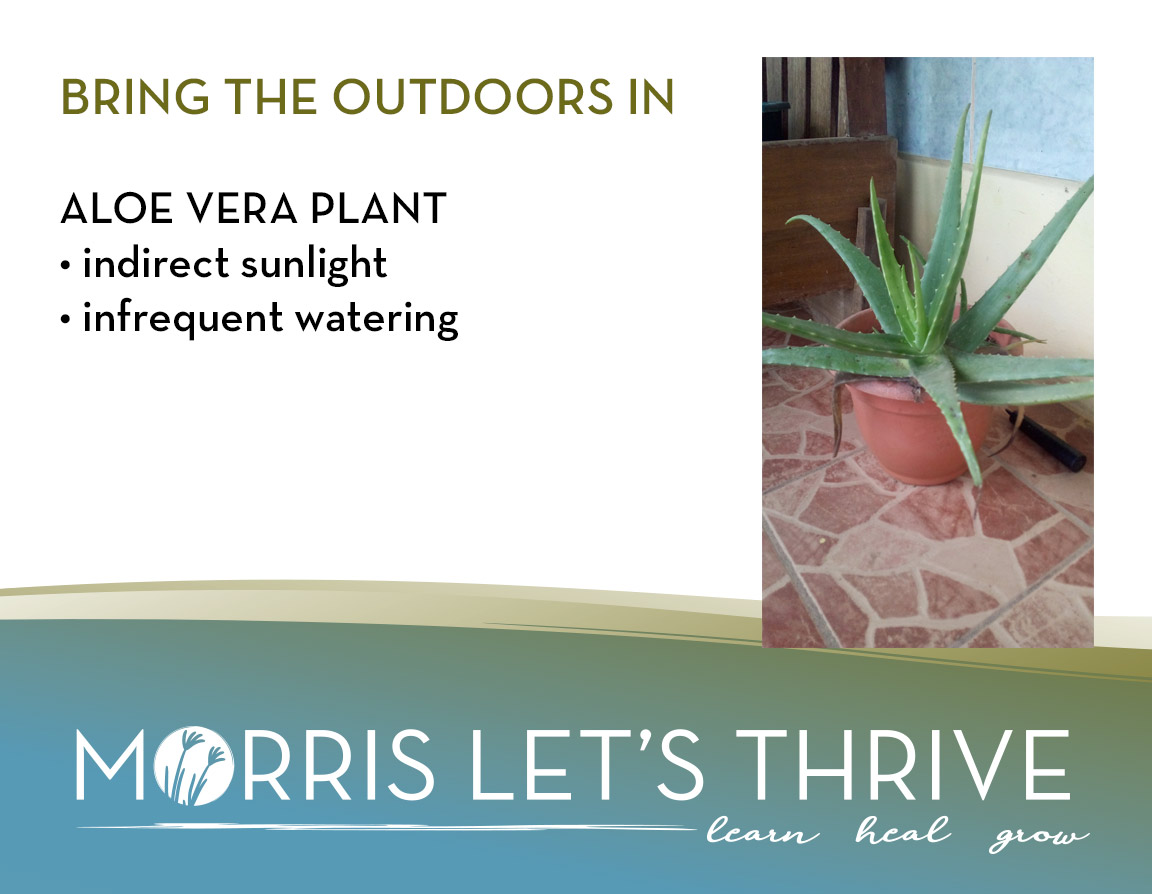 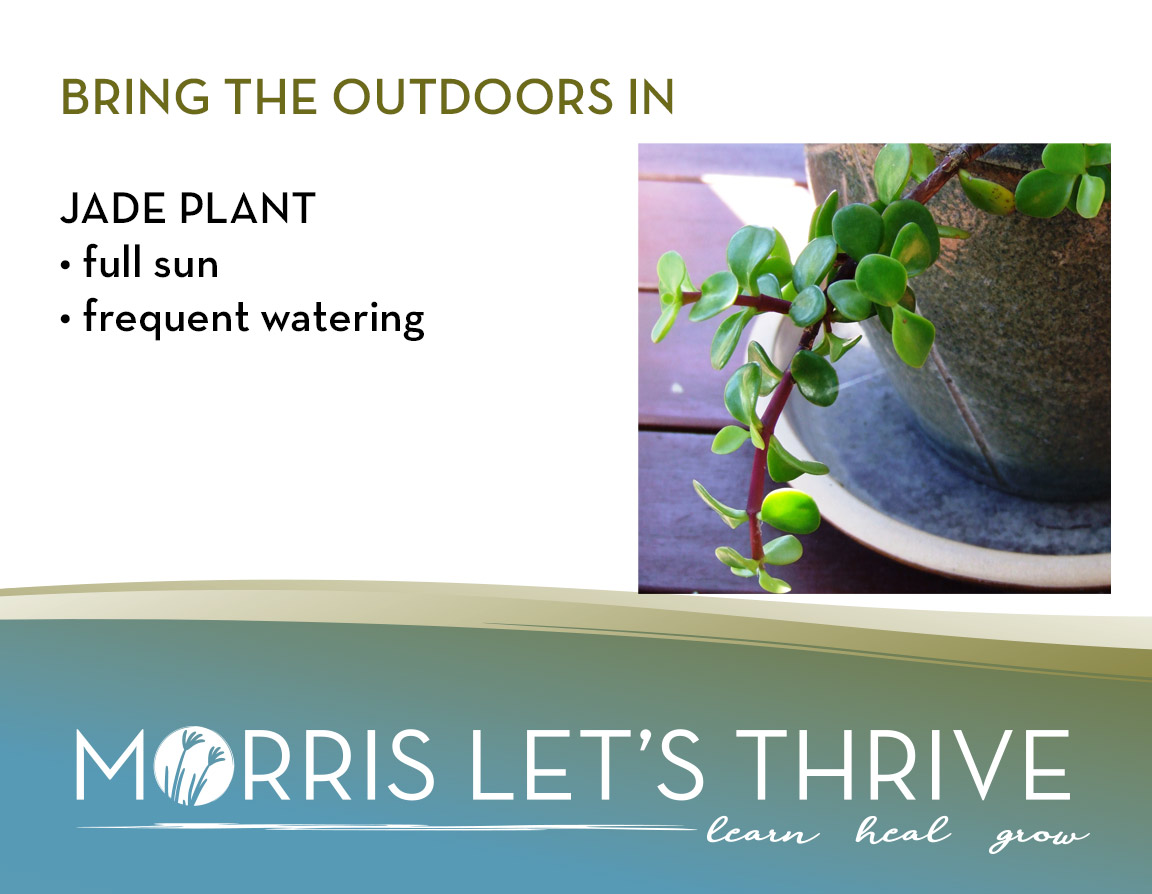 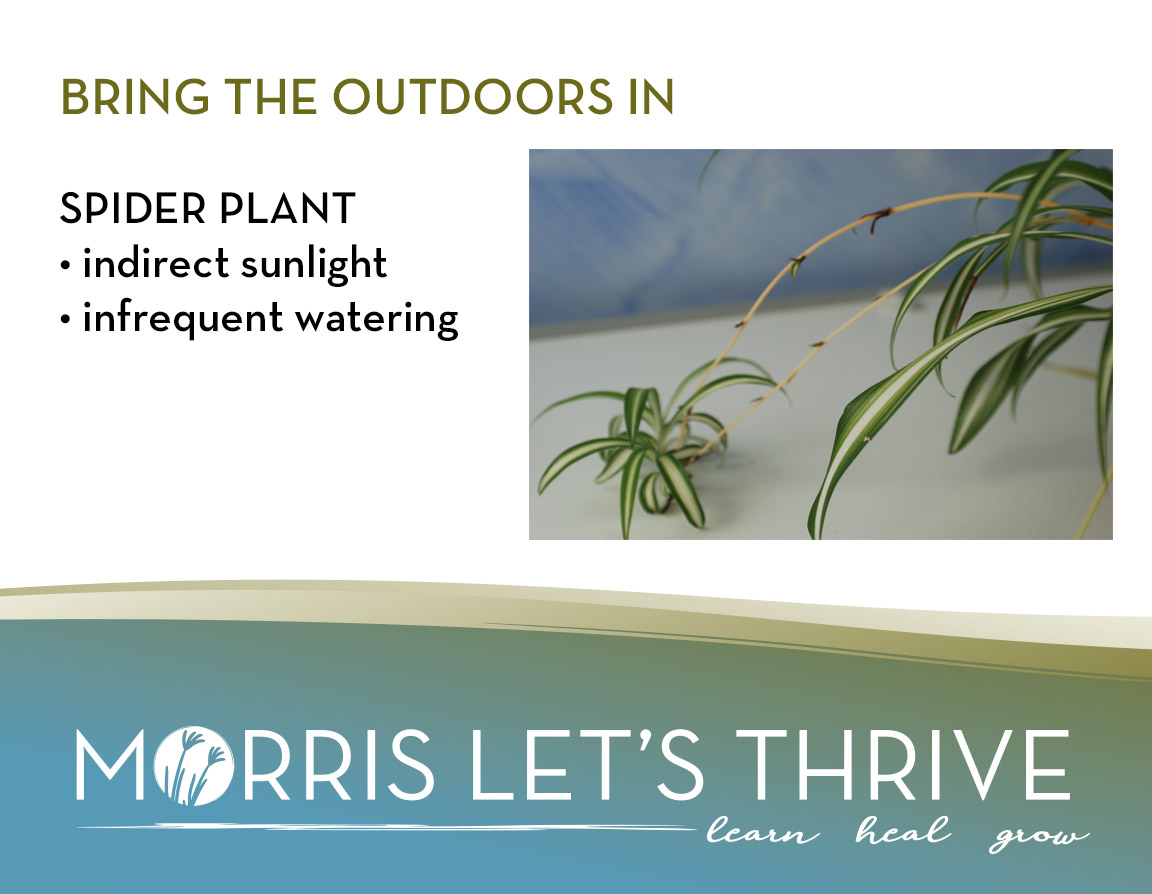 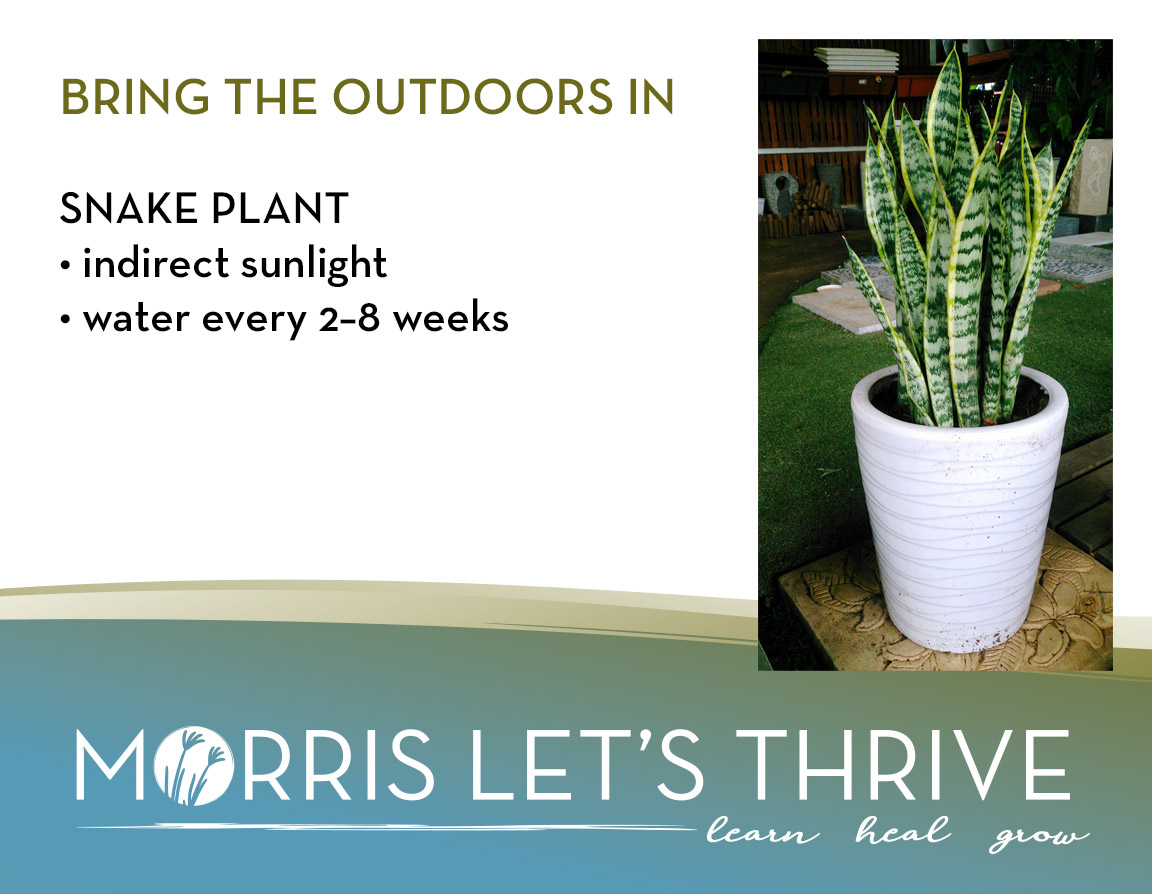